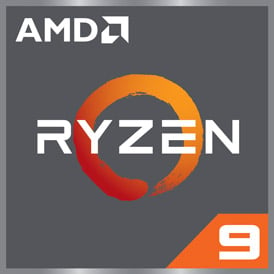 The current AMD Ryzen 9 processors are manufactured in a 5 nm manufacturing process at TSMC. The AMD Ryzen 9 7000 series supports up to 128 GB of DDR5-5200 type RAM. The PCI Express interface is supported in version PCIe 5.0, which is sufficient to connect modern graphics cards with maximum speed. The processors can address the main memory in a maximum of two channels, which is identical to the Intel Core i9 processors.

In the mobile sector, the AMD processors are not on the same level as the mobile Intel Core i9 processors, which work significantly faster, despite the more powerful integrated graphics unit (iGPU).