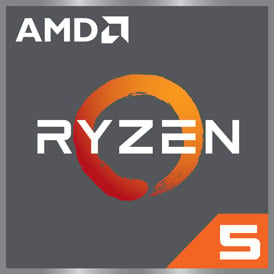 The development of the AMD Ryzen processors takes place solely at AMD, but the processors are manufactured by the Taiwanese contract manufacturer TSMC. The AMD Ryzen 5 7000 series supports up to 128 GB DDR5-5200 RAM in the desktop. Dedicated graphics cards or fast M.2 SSDs can be connected to the system at maximum speed via the PCIe 5.0 interface. The processors can address the main memory in a maximum of two channels (dual-channel mode), which is identical to the Intel Core i5 processors of the competitor.