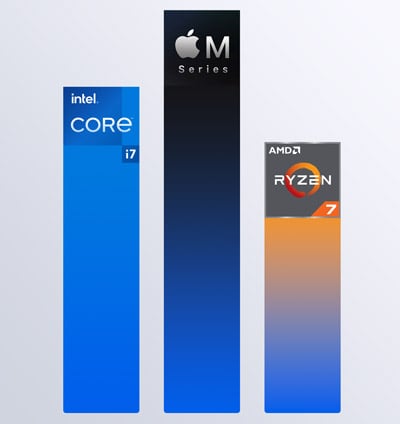 With more than 2 million page views per month, CPU-Monkey is one of the biggest comparison sites for processors and is currently available in 16 languages.

Although the AMD Ryzen 5 4500 was only introduced in the second quarter of 2022, it was not based on the "Zen 3" architecture that was current at the time, but on the predecessor architecture "Zen 2". AMD may be using partially defective chips here, e.g. from the APUs of the XBox Series S/X or the Playstation 5. These rely on 8 CPU cores with 16 threads (Zen 2).

The AMD Ryzen 5 4500 is manufactured in 7 nm and fits into the AM4 socket. The level 2 cache is 3 MB, the level 3 cache 8 MB. Since it is an APU (with deactivated internal graphics), the processor is based on AMDs "Renoir" platform.

This can connect a maximum of 32 GB DDR4-3200 memory to the system in two memory channels. In addition, only 12 PCIe 3.0 lines are provided, so that current graphics cards, for example, can only be connected with 8 lines (normal: 16). This can result in minor performance losses.

The RAM bandwidth is 51.2 GB per second with two DDR4-3200 modules. AMD specifies the TDP of the AMD Ryzen 5 4500 as 65 watts, but a configuration at 45 watts is also possible. In general, the 4 and 6 core Zen processors are relatively energy efficient.